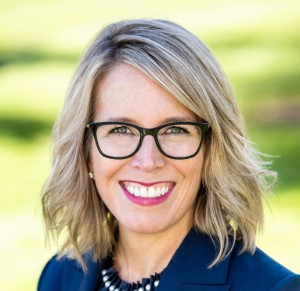 To bring Women’s History Month to a close, we would like to spotlight Farallon’s amazing CEO, Amy Essig. We sat down with Amy and asked her to share a bit of her story on how she made it in to that 3%, the challenges she has faced along the way, and what her goals are for the future.

It’s 2022, but U.S. companies are still led primarily by men—female CEOs are rare. As of 2018, only 4.9% of U.S. companies had women in the CEO position. That number is lower for CEOs of STEM industry companies, where only 3% were led by female CEOs. Despite their small numbers, female-led companies are making a big impact. According to research conducted by The Harris Poll, 71% of men and women said they prefer having a woman in an executive leadership role, female-led companies are more likely to have satisfied and inspired employees, and women CEOs are 10% more likely to promote diversity and equity at work. Also, businesses with high female representation in leadership roles had a 35% higher return on equity and 34% higher shareholder return compared to companies led by men.

Can you share a little about your path from student to consultant to CEO?

I went to college with the idea of being a dentist, and I quickly realized I was not cut out for it. I moved over into the environmental sciences field following my brother and dad, and then I accepted a consulting job right out of college. I decided quickly that consulting was a dynamic industry with opportunities to grow, learn, and be challenged. I thoroughly enjoy working with teams of brilliant minds to help clients solve their problems, which to me is the core of what we do at Farallon. When I set out on my career path, I didn’t intend to become a CEO. I discovered along the way and as I worked with some powerful mentors how much I liked working with people, the importance of the culture, and focusing on the business. I went back to business school, and becoming a CEO became my career aspiration. That goal became reality 5 years ago.

Have you faced any barriers in your career as a woman? If so, how did you overcome them?

When I started in the industry 25 years ago, there were far fewer women in senior and executive level positions. I knew from the beginning that I wanted to learn as much as I could from them, and I looked for every mentorship opportunity I could find from men and women alike. I asked a lot of questions and took a lot of notes. This was particularly true when I was considering having a family and thinking about how to balance both career and family. I received a lot of great advice along the way, especially that it was possible to balance both. I also had incredible support from the firm and our clients. I look at the barriers I have faced in my career less as barriers and more as opportunities to find another way. I have made many mistakes along the way. I had a mentor tell me once that if you aren’t making mistakes, you aren’t trying hard enough, and I live by that credo.

What positive changes have you seen for women in environmental consulting since you started?

The sheer number of women in senior levels and leadership roles has increased significantly over the last two decades or more. Look at the number of women at Farallon—approximately 50 percent of our team members identify as women. Farallon has nearly 30% percent women in senior and principal roles, the COO and Business Development Director are both women, and there are two women on Farallon’s Board of Directors. I celebrate this and believe it contributes to our strength as a firm.

What are your personal goals or what’s next?

My goals are to keep growing, learning, and trying new things. I am my own worst critic and I know I still have a lot to learn. That said, most importantly I look forward to continuing to have fun in the role and creating an exceptional firm. On a personal level, I want to run a 5K with my older daughter and keep her pace and learn to knit so I can teach my younger daughter.