Is Vapor Intrusion the Next Regulatory Juggernaut?

Forthcoming rules on vapor intrusion are likely to rival those of asbestos in the 1980s.

Vapor intrusion, if you haven't heard about it yet, you soon will, especially if you own, manage or occupy a building that is located on or near a contaminated property.

Those who need to be concerned about the risks associated with vapor intrusion include property owners, developers, lenders, commercial property managers and tenants. Why, you ask? Because while the cleanup of contaminated soil and/or groundwater causing the vapor intrusion risk is ultimately the responsibility of the liable party, it may fall to the owner, developer, property manager or tenant to take more immediate action to ensure the protection of the occupants of an existing building or new building under construction on or near a property with sources of subsurface contamination.

Vapor intrusion is an issue that is becoming increasingly important in light of the current effort by the state Department of Ecology to update and refine guidelines to address the problem. Washington is one of a growing number of states developing regulations to mitigate vapor intrusion risk, including our neighbors Oregon and Idaho.

Like many areas of our technological growth, understanding the complexities of the migration of volatile hazardous substances from subsurface sources into indoor air has evolved within the last decade to a point where meaningful regulations and guidance documents could be developed. The ramifications of the forthcoming regulations will likely be similar to when asbestos-containing materials became a major concern in the 1980s, requiring investigation and mitigation measures to protect occupants of buildings containing these materials.

The state of New York is at the forefront of developing and implementing regulations to evaluate and mitigate vapor intrusion. A recently enacted New York law requires property owners and/or landlords to notify current and prospective tenants of test results for air, soil and groundwater if there are exceedences of an applicable state or federal indoor air quality guideline. The notification is required even if steps are being taken to mitigate the vapor intrusion risk.

This type of legislation has had a profound impact on property owners in New York because of the potential for adverse effects on health and diminished land values associated with contaminated properties. Presently, this is the only state with this type of public disclosure, but this regulatory trend may eventually reach the West Coast.

The primary concern when confronted with a potential vapor intrusion issue is protection of human health. This concern applies to not only occupants of existing buildings but buildings that may be constructed on a property in the future.

Evaluating whether there is a potential health risk posed by contaminants in the subsurface is the subject of the forthcoming Ecology guidance document.

Many environmental consultants are focusing efforts on obtaining the necessary training to perform vapor intrusion investigations and stand ready to assist clients in deciphering this new and complex regulatory issue.

The first step in the process of evaluating whether your property and occupants are at risk involves completion of a vapor intrusion investigation. These types of investigations vary in complexity and cost but must be completed if there is a source of contamination identified in soil or groundwater that has the potential to affect ambient (outdoor) or indoor air. The investigations must be completed in a manner that provides meaningful data on potential health risk prior to determining whether further actions are necessary. Hiring a qualified professional is critical to this process.

Once you complete a vapor intrusion risk investigation, Ecology has established cleanup standards for the protection of air quality, including ambient air and air within any building, utility vault, manhole or other structure large enough for a person to fit into.

The air cleanup standards are applicable to concentrations of hazardous substances in the air originating from other contaminated media (i.e., soil or groundwater) or for evaluating performance of a cleanup action at the property.

Although the Washington Industrial Safety and Health Act addresses permissible exposure limits for airborne contaminants for the purpose of evaluating and controlling employee exposure when hazardous substances are present in the work place, these standards are significantly higher than the current risk-based air cleanup levels developed by Ecology.

The guidelines being developed by Ecology are intended to assist in evaluating whether or not mitigation measures are required to protect human health within an existing structure or proposed new building. These mitigation measures may include vapor barriers, sub-slab depressurization systems or robust HVAC systems to maintain positive air pressure in the structure.

A simple solution to protect indoor air quality at a contaminated property is to install and operate a sub-slab depressurization system to mitigate the potential for volatile contaminants to enter the building. These types of systems have been used in the past to mitigate the migration of radon and landfill gas into buildings but have been modified and are now frequently used to apply a slight vacuum beneath a building floor slab to effectively capture contaminated vapors before they enter a building.

A sub-slab depressurization system can be constructed and installed concurrently with development activities or can be readily retrofitted into an existing structure and requires minimal maintenance.

At a property in downtown Redmond in which a commercial building is being constructed over a groundwater contaminant plume attributable to other sources in the area, the property owner/developer is mitigating the potential risk to future tenants and workers by installing a sub-slab depressurization system designed by Farallon to prevent vapor intrusion into the building. In this case, even though volatile compounds in the groundwater are migrating from sources off the property, the property owner does not have the luxury to wait for the responsible parties to clean up their sources of contamination prior to starting construction, and instead has elected to simply implement a mitigation measure.

Oftentimes these mitigation costs are recoverable from the liable parties with the help of an attorney well-versed in environmental law.

Another example of successful mitigation of vapor intrusion is the construction, installation and operation of a sub-slab depressurization system designed by Farallon for an existing 30,000-square-foot office building in south Seattle. The building has been affected by a facility in the area from which groundwater has been contaminated by releases of volatile compounds. The sub-slab depressurization system is being installed and operated by the owner of the contaminated property to mitigate potential vapor intrusion at the office building and to protect workers inside.

Evaluation of the vapor intrusion pathway is an inevitable regulatory issue that will affect stakeholders well beyond those who have caused the contamination. Understanding the risk posed by this pathway on property use and protection of human health will be a complex learning process as the regulators, environmental professionals, attorneys, real estate developers, insurance carriers and myriad of other stakeholders become better acquainted with this next regulatory juggernaut. 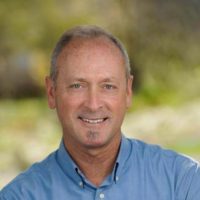 Brian is a California Professional Geologist with more than 30 years of experience in environmental compliance, property due diligence, site assessment, and remediation. He has extensive experience designing and... 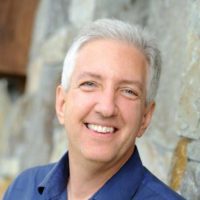 Jeff’s 28 years of experience allow him to anticipate client and project needs. His emphasis on developing effective working relationships with clients, regulators, vendors, and peers ensures that clients’...

Brian is a California Professional Geologist with more than 30 years of experience in environmental compliance, property due diligence, site assessment, and remediation. He has extensive experience...

Jeff’s 28 years of experience allow him to anticipate client and project needs. His emphasis on developing effective working relationships with clients, regulators, vendors, and peers ensures that...