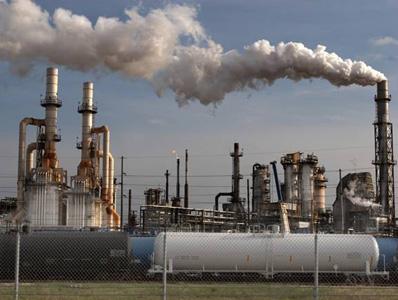 Urban areas across the United States have long been centers of industry, and often become the focus of environmental investigations when business practices result in spills or releases of chemicals that reach the subsurface and affect underlying soil and groundwater. Although cleanup levels for soil and groundwater have been in place for years, regulators and environmental consultants have only recently begun taking indoor air quality into account. Because released contaminants were regarded as being isolated beneath the ground where implemented control measures prevented human contact with affected soil and groundwater, the air in buildings on a contaminated property was thought to be safe.

Over the past decade, however, scientists have confirmed that volatile contaminants including gasoline, solvents used in dry cleaning facilities, and solvents used as degreasers in industrial and automotive facilities can volatilize from soil and groundwater beneath or near buildings and invade indoor air at levels that put human health and wellbeing at risk. This phenomenon has become known as “vapor intrusion.” Concern over vapor intrusion risk has made numerous Seattle industrial facilities subject to vapor intrusion investigations, particularly facilities where contaminated groundwater plumes extend beneath multiple properties.

Farallon is managing a vapor intrusion assessment in a major Seattle industrial district where historical operations at a metals fabrication facility resulted in a release of the degreaser trichloroethene (TCE). In collaboration with facility owners and the Washington State Department of Ecology (Ecology), Farallon is working to complete a remedial investigation under an Agreed Order for the site to characterize the nature and extent of the release of TCE, which includes assessment of vapor intrusion, and mitigation as necessary.

TCE in groundwater was found to extend beneath buildings on the facility property and beyond. To evaluate the potential for migration of contaminant vapors from shallow groundwater into indoor air, Farallon worked with Ecology to develop a tiered approach to assess whether TCE was present in indoor air at eight buildings in the vicinity of the release. The first tier included collecting sub-slab soil vapor samples, which involved drilling 3/8-inch cores in the building floor slab and collecting representative samples of the air in the soil beneath the slab. The samples were submitted for laboratory analysis for chemicals of concern. Analytical results were compared against Ecology-established concentrations that indicate a potential for contaminated vapors to enter an overlying building at levels that could require mitigation to protect human health. The assessments performed by Farallon indicated that several buildings contained concentrations of TCE that warranted further investigation.

The second tier of assessment involved entering the buildings and collecting indoor air samples. Although the activity sounds straightforward, in reality it is a complex procedure due to multiple factors that can influence air sampling results: weather conditions, wind direction, barometric pressure, HVAC system operation, the presence of chemicals stored inside the building or contained in building materials that can contribute to false detections, and more. Farallon’s experience in sampling indoor air at other facilities and careful planning and execution at the Seattle site resulted in successful collection of representative indoor air samples that indicated whether indoor air quality was at risk from TCE in underlying shallow groundwater. Only one facility immediately down-gradient of the contamination source was confirmed as requiring mitigation measures as an interim action while cleanup of soil and groundwater is underway.

When vapor intrusion has been confirmed as a threat to indoor air quality in an existing building, mitigation measures are necessary to restore indoor air quality and protect building occupants. Retrofitting facilities by installing vapor barriers and sealing all cracks and utility and floor drain penetrations in the building slab often is impractical and ineffective. Fortunately, a better option is available for mitigation of renegade contaminant vapors. Sub-slab depressurization systems (SSDSs) have been perfected as an effective, affordable means of preventing contaminated vapors from entering a building.

SSDS design incorporates an exhaust fan(s) to generate sufficient negative pressure immediately below the building slab to prevent the flux of air from soil through the slab and into the building. The fan pulls air and volatile chemicals from the subsurface, and vents them to ambient air via an exhaust stack installed on the building roof.

Farallon worked with the Seattle industrial property owner and building tenants in designing and installing an SSDS that would effectively mitigate vapor intrusion risk without affecting building use. The SSDS includes sumps, associated risers and piping, an exhaust fan and stack, and vacuum monitoring gauges. The exhaust stack discharges air emissions and volatile chemicals to ambient air at a height that does not pose a threat to human health or the environment. Farallon performs periodic monitoring of the system vacuum to confirm that TCE vapors are not entering the facility. Operation of the SSDS will continue until cleanup of the underlying contamination is completed, which will eliminate future risk to indoor air quality.

Vapor intrusion is rapidly becoming a key issue of concern for owners and prospective buyers of commercial and industrial properties – especially those with historical dry cleaning operations. The effect of changing regulatory... 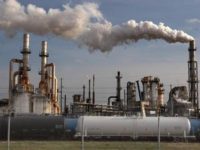