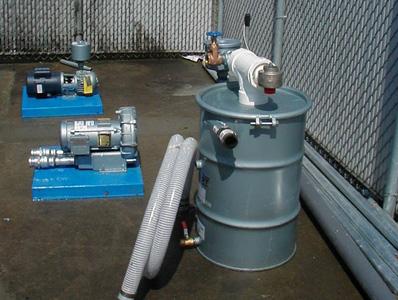 Conventional air sparging techniques could not be used because of the risk of petroleum vapors becoming trapped beneath the silt layer and potentially migrating off the site. Farallon used airlift air sparge wells to aerate groundwater from the deeper zone, stripping the dissolved phase petroleum hydrocarbons, and lifting the aerated water above the silt layer. Petroleum vapors were removed from the vadose zone using soil vapor extraction technology, with the aerated water re-circulated into the subsurface to enhance natural biodegradation of residual petroleum hydrocarbon concentrations in groundwater above the silt layer. Air emissions from the system were treated using granular activated carbon. Operation of the remediation system resulted in the capture and removal of approximately 850 pounds of petroleum hydrocarbons from the site. 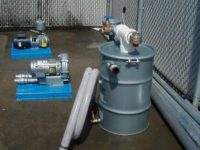