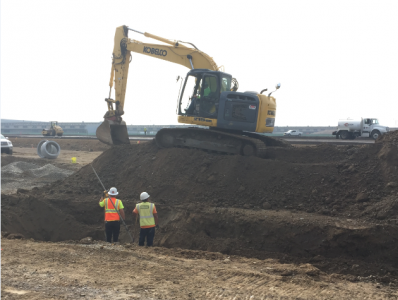 Redevelopment support at the former Oakland army base northwest gateway

Farallon’s client had been in negotiations with the City of Oakland to redevelop a portion of the Former Oakland Army Base from vacant land into an economically viable commercial property for multiple years. The Former Oakland Army Base had a long history with the storage and use of hazardous materials, and extensive environmental investigations had resulted in the completion of a Risk Management Plan (RMP) governing all redevelopment activities and future use of the site.

Farallon was engaged to perform environmental due diligence at the Former Oakland Army Base and identify the requirements for redevelopment detailed in the RMP. Farallon provided construction observation of all subsurface activities during redevelopment to ensure that potentially hazardous soil and/or groundwater encountered was properly classified and to ensure worker safety. As part of the RMP, a vapor intrusion evaluation was required to safeguard future tenants at the commercial building from inadvertently being exposed to potentially hazardous vapors. Farallon coordinated with the California Department of Toxic Substances Control to complete a soil vapor investigation to assess whether the future commercial development would require vapor intrusion mitigation. Based on the results of the soil vapor investigation, Farallon saved the client approximately $1 million in planned construction costs.

“The ability for Farallon to rapidly mobilize to the site from its nearby Oakland office allowed the client to quickly update the construction schedule without having to worry about the availability of environmental inspectors, which could have potentially delayed the project. This level of support aided the client in completing the project on time despite ever-changing construction schedules and weather delays,” said Principal Environmental Scientist Scott Allin, who managed the project.

Over the past 20 years we have developed a top-tier team of technical professionals including experts in contaminant fate and transport characterization, modeling, and remediation engineering who have successfully developed and...

We perform and manage Phase I ESAs and Phase II subsurface investigations for residential, commercial, agricultural, and industrial properties throughout the United States and Canada.

We conduct thorough evaluations of subsurface conditions of every property to identify environmental liabilities, including potential contaminants from adjacent properties. We consistently demonstrate proficiency in assessing and... 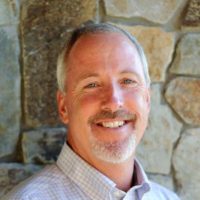 Scott is a Registered Environmental Property Assessor (R.E.P.A.) with 30 years of experience in the evaluation and reporting of environmental liability associated with the sale or Brownfields redevelopment of...

Scott is a Registered Environmental Property Assessor (R.E.P.A.) with 30 years of experience in the evaluation and reporting of environmental liability associated with the sale or Brownfields... 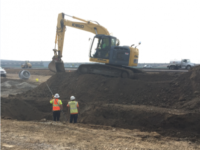