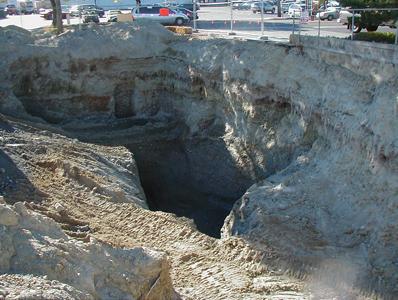 Farallon provided technical support for litigation against the remediation contractor for the initial phase of a cleanup action, which was followed by a cleanup cost recovery action under the MTCA private right of action against the previous owner/operators of this former gasoline service station. Release of mineral spirits that were used to clean the service station floors over a 20-year period resulted in contaminated underlying soil. The former remediation contractor had excavated a substantial volume of the contaminated soil. Farallon developed a risk-based cleanup level for mineral spirits and completed the cleanup as an independent remedial action in substantial equivalence to an Ecology-conducted cleanup action, which preserved the client’s private right of action against the previous owner/operators.

Following completion of the cleanup action, Farallon obtained a No Further Action determination for the site from Ecology in support of planned redevelopment activities. A negotiated settlement favorable to the client was reached with the former remediation contractor. Mediation among multiple parties resulted in a cash settlement for the client that met expectations. The successful completion of the cleanup action, obtaining of the NFA determination, and favorable settlements with the former remediation contractor and owner/operators of the service station fulfilled project objectives.

Our team of experts provides technical support to clients and their legal counsel for a wide range of environmental mediation and litigation matters, including groundwater fate and transport, cleanup cost appropriateness, Potentially...