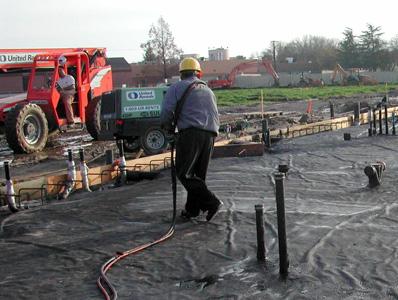 Farallon was contracted to evaluate potential vapor intrusion risk at the site of a former retail gasoline station targeted for redevelopment into a mixed-use commercial/residential condominium structure. Elevated concentrations of gasoline and benzene had been detected in groundwater at the property less than 10 feet below ground surface. In response to Ecology’s identification of vapor intrusion as a potential concern for the planned building, Farallon input soil vapor and groundwater data into the Johnson Ettinger model to evaluate potential vapor intrusion risks. The results from Farallon’s evaluation indicated that portions of the planned building likely were at risk from vapor intrusion. Ecology concurred with Farallon’s modeling results and recommended that engineering controls be implemented at the site until cleanup of the underlying plume had been completed. Farallon provided vapor intrusion mitigation alternatives to the client, who elected to install a vapor barrier during construction. 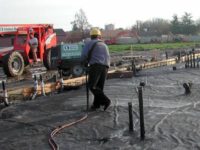